Putting Trinidad and Tobago’s beauty on the map 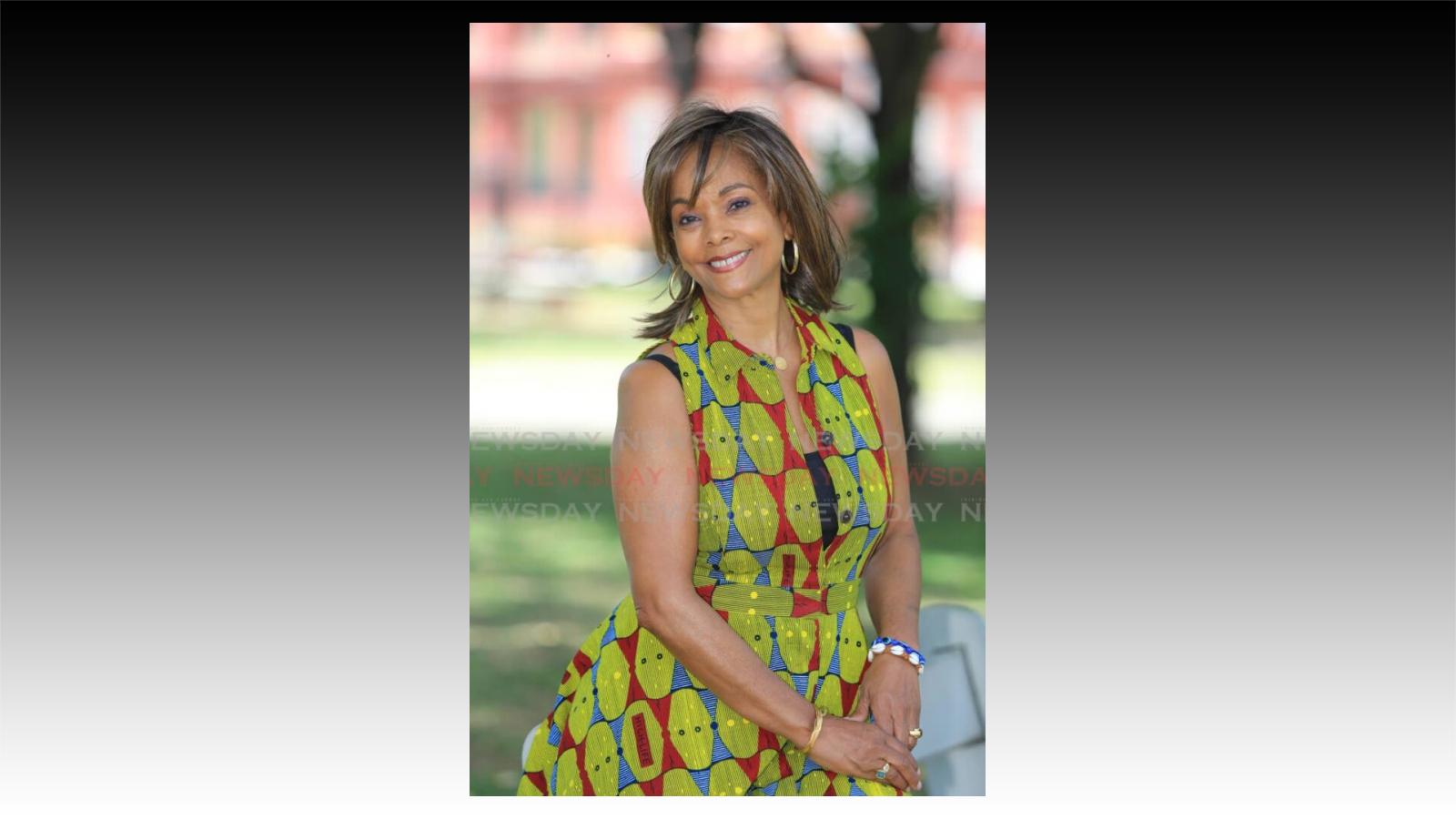 Laronde-West and Commissiong sat down with Newsday and talked about how they felt about being able to contribute to the country in this way.

Laronde-West said as she is celebrating her own 60th birthday in October, the feeling of sharing that with her country is immeasurable. She felt “absolutely proud” to be able to have done something for her country and now getting to see the nation celebrate 60 years of independence. 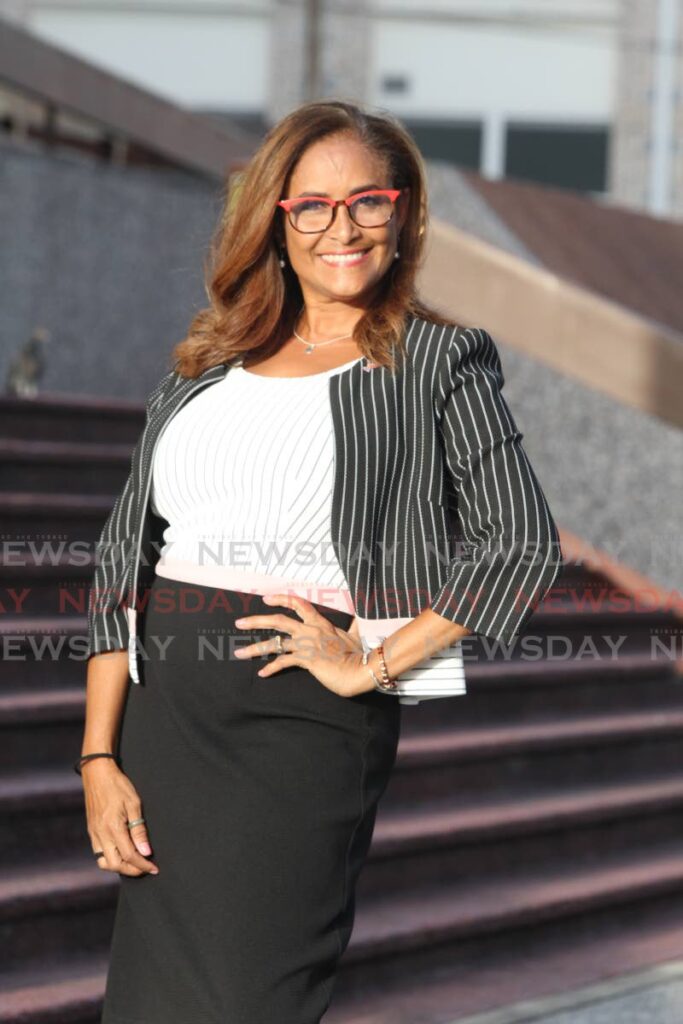 She recalled her start in modelling, saying it started when she was 20 and joined the House of Jacqui, San Fernando.

“I kind of grew up naive, but at the same time very tomboyish, very much into school and sports. So when I was asked if I’d be interested in modelling, I said, ‘Okay, let’s see what it holds. I don’t know if I’ll be good at it.’ But it turned out I was not too bad.”

Laronde-West said she didn’t take part in all the shows, as she was picked for certain ones, but at those, she soaked up every moment of it and laughed as she said that was where she realised she loved being on stage.

“I really enjoyed being up there and showing what I have to show, the clothes that I’m wearing, and getting the reactions. So I enjoyed it.”

She added that she’s never shy when she’s onstage, though offstage is a different story. 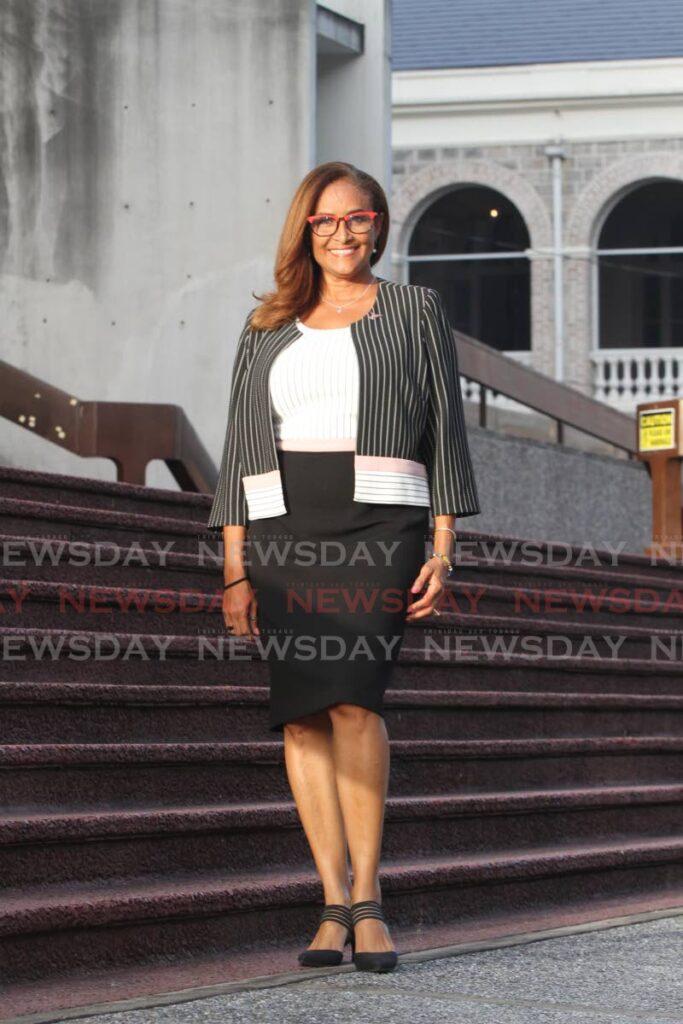 While still at the House of Jacqui, Laronde-West was working at the TECU Credit Union to save money to go to UWI, but with encouragement from a former Miss TT, Brenda Joy Fahey, and her brothers, she auditioned for the pageant.

“They said you never know where it will take you, you might make connections, you’ll be able to get opportunities and also maybe get some money that could help you.”

With permission from her parents, she was on her way. She recalled Fahey rushing, on the last day of auditions, to get her a dress, shoes and swimsuit.

“I did that, and then I got chosen to be one of the 12 to be Miss TT. At the time they were looking at three girls to crown, one for Miss World, one for Miss Universe, and one for Caravelle.

“It really opened my eyes to a lot of TT, it made me understand a little bit more about the country. They took us to a lot of places in TT that I had never been to before.

“Because they didn’t know which girls would be chosen for which competition, they would expose us to everything. We would go to children’s homes; we would do a lot of charity work along the way while we were training.”

So Laronde-West encouraged every young woman who gets such a chance to grab it, as it could be a life-changing one, as it was for her. 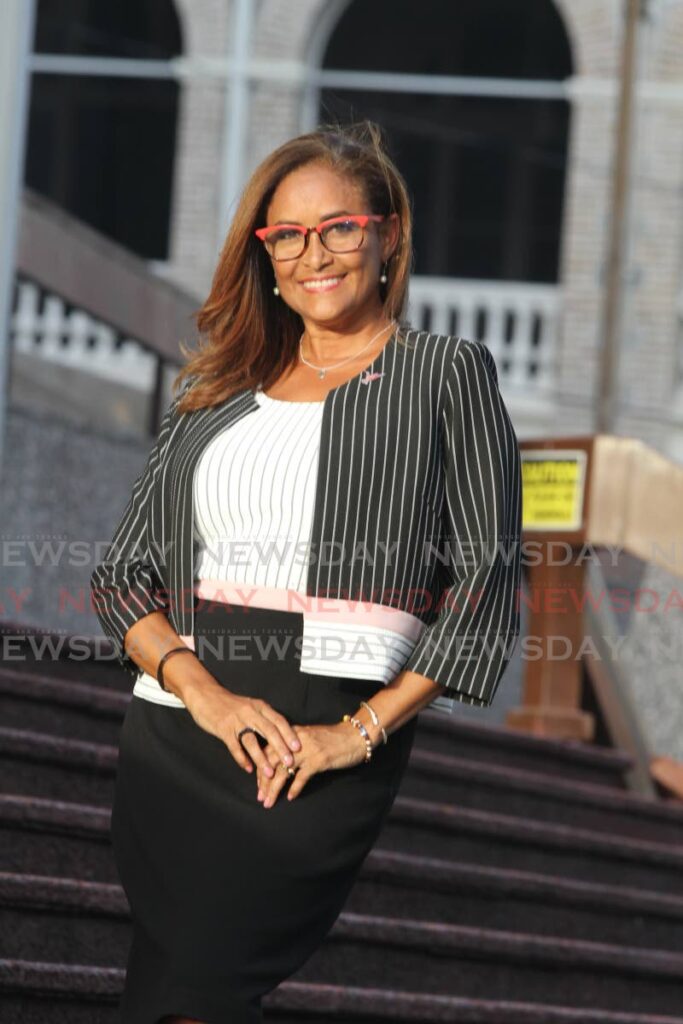 “It’s not just about beauty, which people get sidetracked about: they always think it’s just a beauty pageant and it’s just showing your body. It’s a part of it, but what they miss is all the other great elements that come out of it. A young girl who gets a lot of experience in a variety of ways. Getting to meet people of all different walks of life, to see what the country really holds, to identify with the whole ‘beauty with a purpose' element – specifically Miss World.”

After the training, she was chosen to represent TT at the Miss World Competition, which she described as “mind-blowing.” She added that because she was chosen, she had to travel to the United Kingdom for the first time.

“That’s another element that people forget when they cry down the competition. This young woman, who has maybe not travelled much, never left the country, or maybe did once or twice, now having the opportunity to go to a far-off country and meet almost 100 girls, or more sometimes, all from different parts of the world, and getting yet getting another opportunity to open their minds, eyes, and intuition.”

Laronde-West said she met so many people who came from different environments, had varying experiences and lived through contrasting challenges.

“There was everything, from very rich girls to girls who are poor and couldn’t even scrape together a suitcase – and I was closer to that side. Because that was a challenge for me, coming from a little place in Marabella, not really coming from a wealthy family, and I wasn’t granted dresses, jewels, shoes, and bags to take with it. Many times I had to go and ask designers to help get this or if they can give me that, or if I can borrow it, or even ask to pay for it.

“Then you see some girls with seven suitcases, which was no big deal for them. So it really was an eye-opener.”

After experiencing all of this and more, Laronde-West said she wasn’t heading to the competition at the Royal Albert Hall in London, on November 13, 1986, with the intention of winning.

“I never know exactly how to describe it. It’s almost like going to heaven or experiencing a dream come true. The first thing I thought about was, ‘What are my parents thinking? What is TT thinking? What is going on?’”

She said her win was a blur, as she was still in shock, but still needed to do her victory walk. After winning, before returning to TT, she met many influential people such as a Spanish prince; Stefan Johansson, a Swedish Formula One race car driver; and popular English singer Sir Cliff Richard.

On her return home in December of that year, she said as she landed, she was greeted by what must have been thousands of people at Piarco Airport. Laronde-West said even to this day, whenever she decides to go to a rumshop or to get something in the grocery, she is always approached. 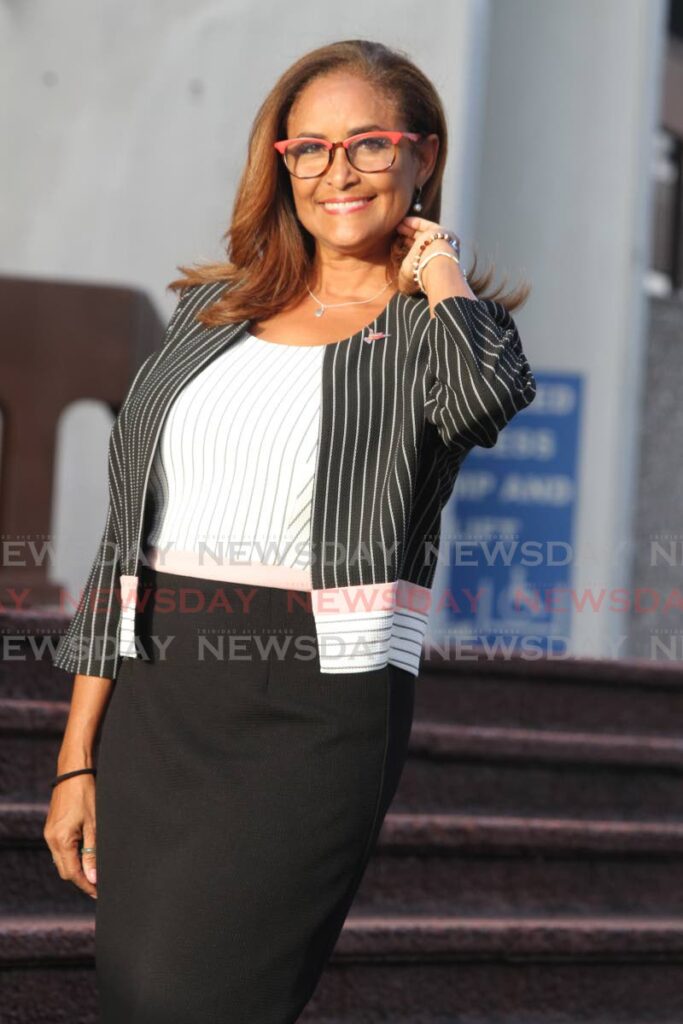 “People always come up to me and say, ‘Wow, thank you for doing this for us.’

“That is what I appreciate because I think that it meant something to the people, and once I’m recognised as a woman for the people, I am happy.”

Laronde-West has now worked at Caribbean Airlines Ltd as an executive manager in customer experience for over three years.

Before this, she held public relations positions at companies such as Scotiabank, Hilton International and Angostura.

Janelle “Penny” Commissiong won the Miss Universe Competition on July 16, 1977 at 24, in the Dominican Republic.

Though she is grateful for the experience and the title, she said at the end of the day, she’s just Penny.

“You live with people recognising you, and sometimes you don’t want that, but it’s a mental thing that you have to develop.

“I have to say that I am very grateful. I mean, I was like, in Port of Spain and the guys on the side called out, ‘Hey, Penny!’ I’m grateful that the community as a whole – not remembers me, but understands the importance and significance of it (her winning Miss Universe).”

Commissiong said she wasn’t interested in becoming a model, but used the exposure so people would know who she was and help her when she was ready to start a business in merchandising.

She said she worked in purchasing for a department store in New York before deciding to start her own business back in TT.

“So I entered locally and I won. Then I had to go on and represent the country for Miss Universe.

“It was a little different for me, because it’s not like I had my eye on being a beauty queen or a model, nothing like that. So then I went to the Dominican Republic and it was a completely and absolutely new experience.” 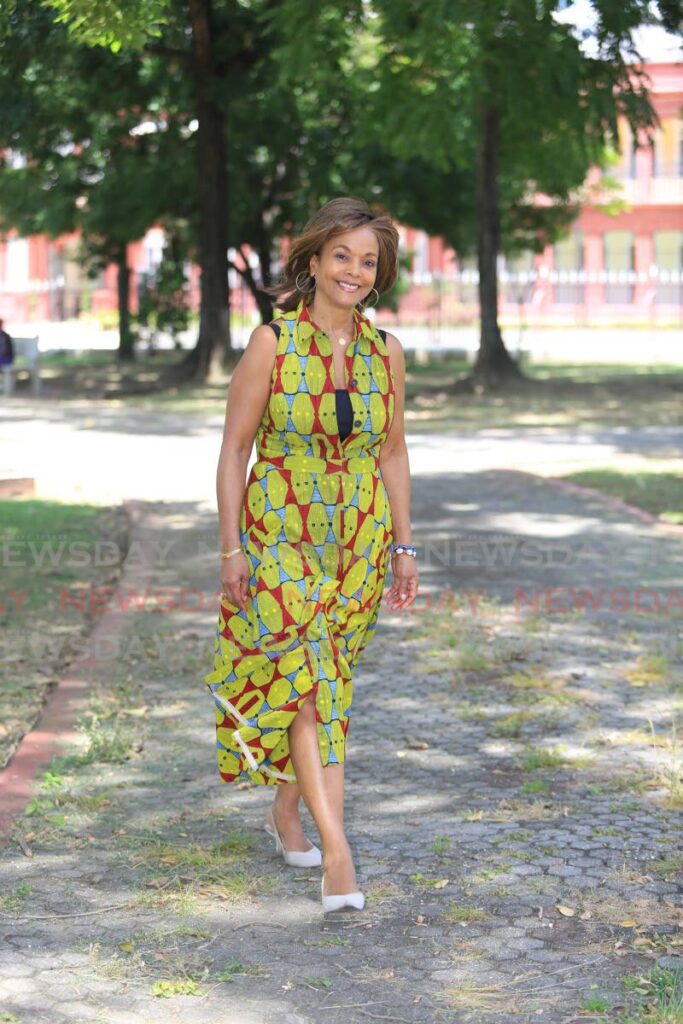 Commissiong added that back then the idea of a beauty queen was a Caucasian woman who was five foot eight and blonde.

“What’s important is that – 45 years later, people take things for granted today, because 45 years ago even in the Dominican Republic, people of colour were rarely seen.”

Seeing this playing out, she said the competition had a lot of coverage from European journalists, and every day there were photos of the entrants on the covers, but very seldom saw a person of colour, if ever.

“Now, every time I have an interview, I thank Miss Bermuda, because she had the courage to start talking about it, and when she did, you started seeing us on the front pages or in the newspapers, period.”

She was chosen as one of the 12 contestants to compete to be crowned Miss Universe, and Commissiong said there were signs she would emerge victorious.

“There’s a point in the show where all the contestants are wearing the same costume, singing a particular song, and everyone supposedly participates – unless you’re chosen as one of the 12. I don’t know why, but I didn’t take my dress to the auditorium that night, I just left it in my room.

“Then they started counting down, and I said I’d settle for three, because we never got this far – but by the time they called three, and at that point, I don’t know, I kind of got greedy.”

Commissiong thanked the judges, and said she is yet to see a line-up like that again, as there were judges varying from a fashion designer to a Hollywood movie producer. 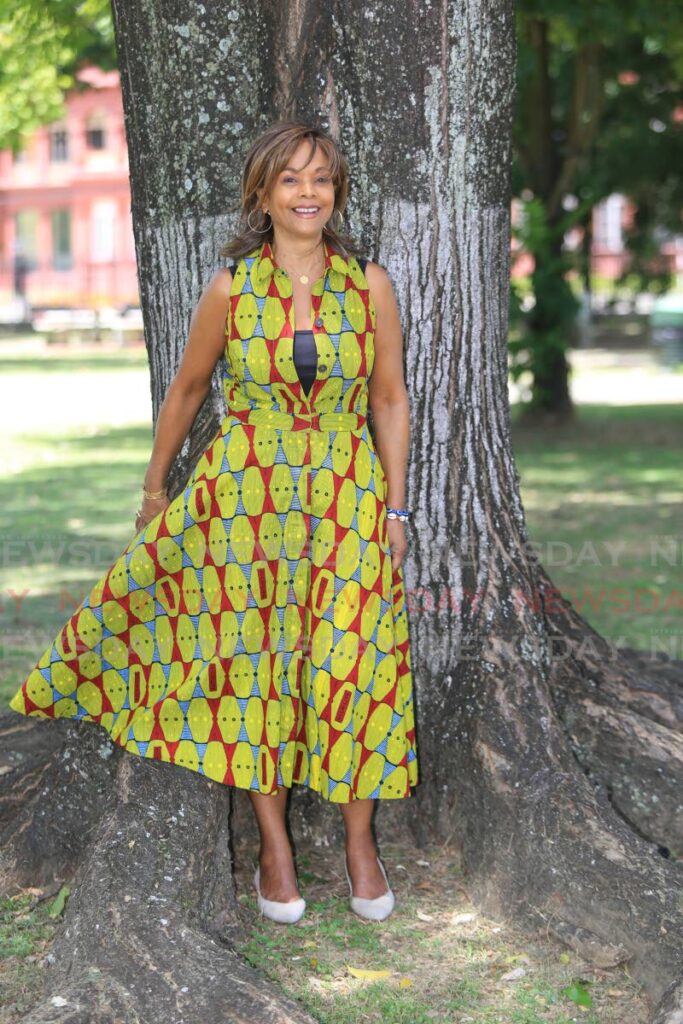 She said after winning, she worked with Miss Universe for a year.

“I was really busy, and I was ready to give it up by the end of the year. I was busy and tired because of all the travelling.

"Of course, it’s something that stays with you, I mean how could it not? Not so much the actual winning it, but what the winning shows you about life and the world.”

Commissiong said the only thing she is up to these days is experiencing the retired life. Her husband Alwin Chow, a former media manager and businessman, died last December.

"It's taking some time to get used to and he was a very important part of my life."