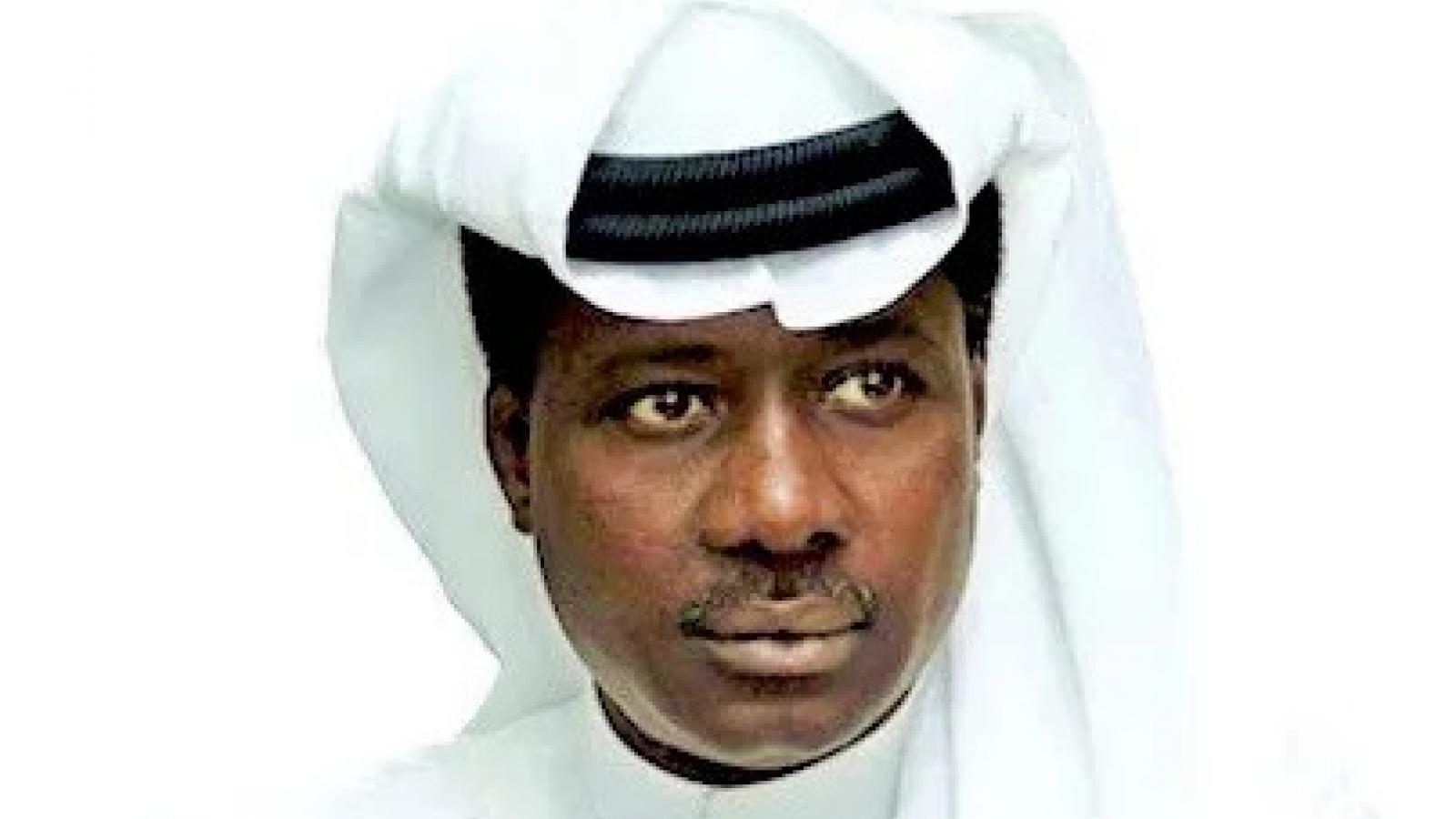 The Saudi novel Maymouna centers on stories that don’t often appear in contemporary literature. The scholar and poet Mona Kareem has called the book, published in 2001, “the most important contemporary piece of fiction on enslaved Africans of the Arabian Gulf.” She added that, “Equally as important, it’s written by a Black writer”: Mahmoud Trawri.

Black Saudis make up a thriving community. An estimated 10 percent of Saudi Arabia’s population is of African origins, with most Black Saudis living in the western part of the country, around Mecca. Yet there have been few books that focus on Black Saudis’ stories and histories.

In the years since Maymouna was published, it has become something of a cult phenomenon. It was first printed in Sharjah, then in Cairo and Beirut, yet a Saudi edition has yet to appear. One Saudi fan of the novel, Taher al-Zahrani, wrote on GoodReads in 2009 that the process of finding a print copy was exhausting. “And I do not know why this is!!” Finally, he wrote, “I got the novel from a bookstore in Riyadh that specializes in selling books outside the law; I don’t know whether the novel Maymouna is among them?”

Trawri said via email that his book is not banned, but that distribution requires a permit from the Ministry of Information, and “I’m not good at these things.” He added that he continues to receive requests for copies of Maymouna even now, almost 20 years after its publication. Lately, he asks friends who are traveling abroad to bring back copies in their suitcases.

Trawri began his writing career at the precocious age of 12, by sending commentaries to local newspapers and magazines. The author grew up in Mecca, where he remembers seeing the photos of a few locals in the newspaper, alongside their columns. He was particularly excited to see the photo of the prominent Black Saudi critic and translator Fayez bin Mahmoud Aba in the paper. “Perhaps subconsciously,” Trawri said, “I wanted to be like them.”

He was 15 when he began working for the Mecca newspaper al-Nadwa. Although he had written letters for his father, his family didn’t know about his burgeoning career. They found out about it when he criticized a local sports coach in the paper, and people came to his parents to complain. Fortunately, his family supported him.

Throughout his childhood, Trawri was an avid reader of classic and contemporary literature. In the mid-1980s, as a teen, he started writing his own short stories and theatrical scripts. In 1998, with the launch of the Iqra satellite channel, he began writing for TV.

“I wrote the first chapter, and then I stopped when I found that the work was thorny, and the scope of its relationship to history was enormous.”

But, he says, he was “obsessed with the novel,” which loomed large on the Saudi creative scene in the 1980s and ’90s. As a young man, he was a keen observer of what he calls the “revival of novel writing” in the early 1990s. That’s when key books by Raja Alem, Ghazi Algosaibi, Turki Al-Hamad, and Abdo Khal began to appear.

But while it was an exciting environment for Saudi novelists, Trawri also found “an environment rife with exclusion and hateful discrimination that has been rampant in our society these last three decades in a horrific and painful way, standing in contradiction to the most basic human values, not to mention the religious principles that call for equality between all people without discrimination.”

It was 1996 when Trawri made the decision to write a novel about the lives of African migrants in Saudi Arabia. He soon realized what a large challenge this would be.

“I wrote the first chapter, and then I stopped when I found that the work was thorny, and the scope of its relationship to history was enormous,” he said. “And so I researched, and reviewed most of what was written in the history of the region, and I drew on oral information from the elderly, and the questions grew in my mind.”

As he researched, he turned up the deep history of African peoples in and around the Arabian Peninsula, who, he said, became an “an essential component of the Hijaz community.” Yet, he added, the stories of most African Muslims have disappeared from histories of the Gulf.

In recent years, slavery has appeared as a theme in several works of Gulf fiction, including Jokha Alharthi’s Celestial Bodies (Sayyidat al-Qamr), which won the 2019 Man Booker International prize in Marilyn Booth’s translation. Most of these novels are set primarily after the end of slavery, Mona Kareem has observed. But Trawri’s novel centers on the lives of enslaved characters. One of the central story lines follows a character, Omar al-Musk, who is kidnapped and enslaved.

The characters in Maymouna—like many Black Saudis—have roots in West Africa. Many Black Saudis came from Muslim populations in Chad, Burkina Faso, Gambia, Mali, Senegal, and northern Nigeria. Like the characters in Maymouna, many fled British colonialization in the nineteenth century and headed for Mecca, where they hoped to find a safe place to live and practice their religion.

According to historian Jonathan Miran, West African participation in the pilgrimage to Mecca grew considerably during the first half of the twentieth century. Yet these pilgrimages could be perilous, as slavery was not outlawed in the Kingdom of Saudi Arabia until 1962. Many pilgrims, like the fictional Omar al-Musk, must have been kidnapped and enslaved.

Trawri finished Maymouna in 2000 and sent it to the Sharjah Award for Arab Creativity, where it won an award in 2001. It was published in Sharjah in 2001, followed by several editions in Cairo and Beirut. The literary prize didn’t make a large change in Trawri’s life as a journalist and writer. “But I remember that, with this award, I paid my rent at the time.”

Some Saudi readers were angered by the novel’s depiction of a Saudi merchant who was also a slave trader. Other readers, Trawri said, were amazed to discover a history they hadn’t known.

It was a long time before Trawri published his next novel, an extension of the Maymouna universe that focuses on a director who goes to Senegal to make a film about slavery. Trawri never stopped writing fiction, he said, but he added, “I am a person who is slow to write. I fully believe that we shouldn’t measure value by the abundance of production—the important thing is the quality, and the content.”

In art, Trawri says, he is interested in the quality that “helps us ask questions with all of their burdens, and that contributes to the formulation of a song, even a small one, that resists the ugliness that I mentioned earlier.”

Now, in 2020, Trawri says that much of his literary community is online. He hasn’t felt particularly affected by the shutdowns meant to slow the spread of Covid-19, since he is largely solitary and only occasionally leaves the house.

Still, he said, he imagines the effects of the shutdown are being stored up inside, and that its effects will be felt much later. “It will come out in writing one day, after a deep assimilation of this massive cosmic event, whose repercussions and chapters have not yet ended.”