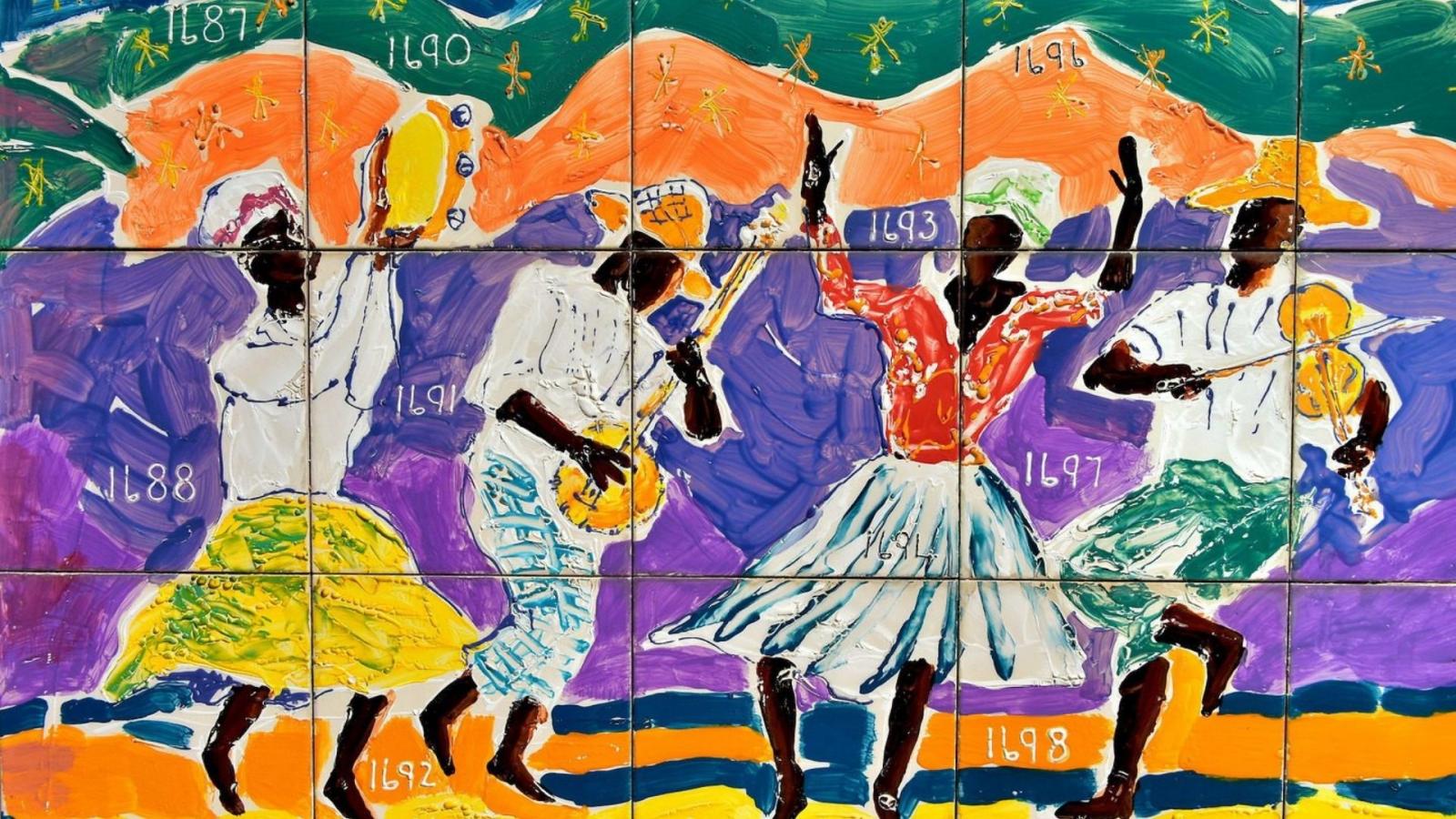 On August 1, 1985, Trinidad and Tobago became the first independent country in the world to declare a national holiday to commemorate the abolition of slavery. Today, 12 countries in the English speaking Caribbean commemorate August 1 as Emancipation Day- not including the Cayman Islands, which abandoned its emancipation celebrations in the late 1950s.

The Cayman National Archives recently questioned why the country no longer celebrates Emancipation Day on August 1, as do many Caribbean islands, to mark the end of slavery on August 1, 1834. In a recent post on its website, it stated: "Why and when Emancipation Day ceased to be observed continues to be unclear.  We will endeavour to discover records which unlock those questions."

Historian Roy Bodden has raised similar questions, arguing that the Cayman Islands has turned its back on the period of slavery, referring to the abandonment of Emancipation Day Celebrations in the late 1950s as an example of this fact.

Historical evidence proves that slavery did take place in Cayman for about a century (1734-1834) and numerous records available at the Cayman Islands National Archive substantiate this. 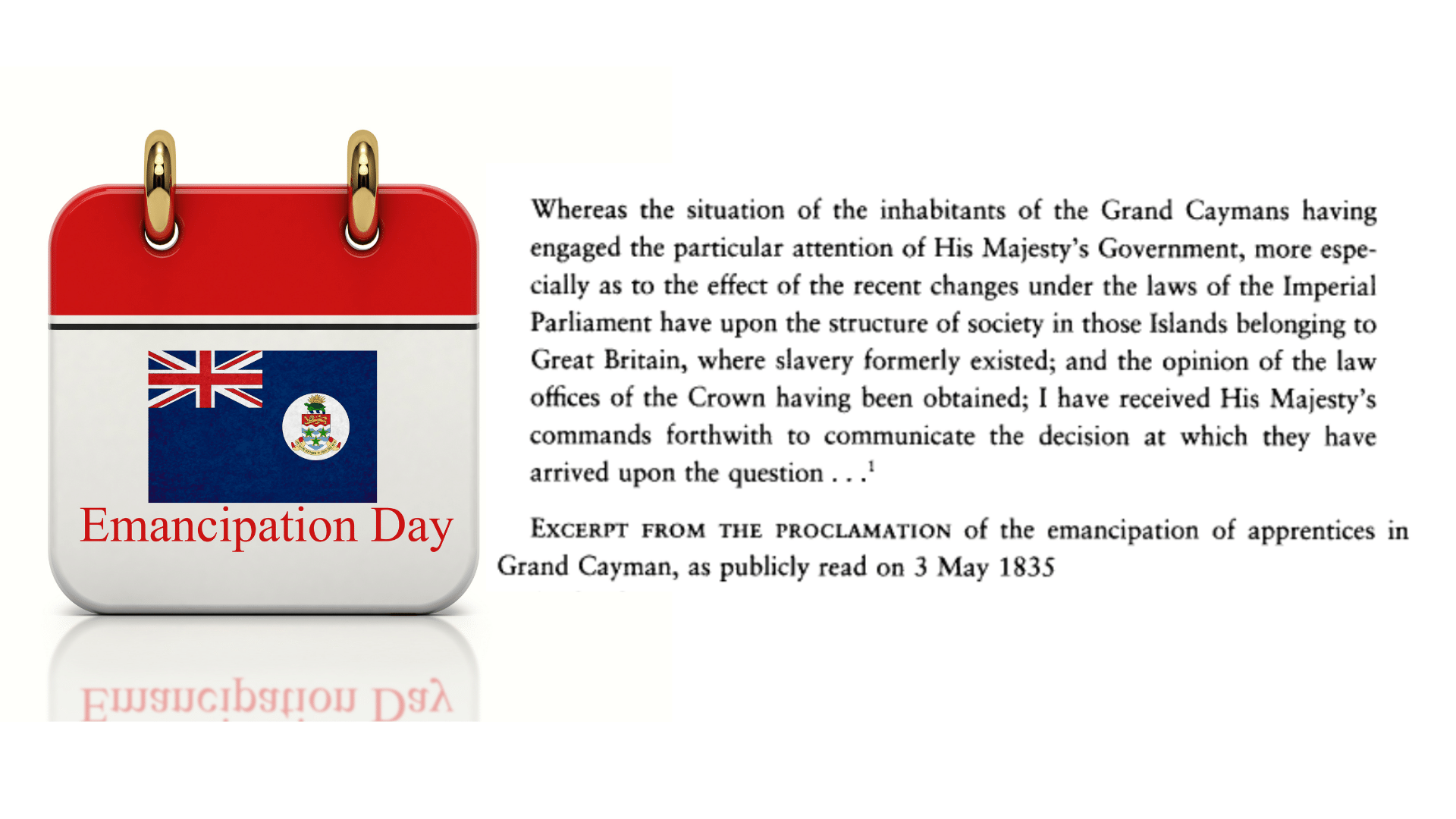 There are transaction records of the buying and selling of slaves in Cayman, and accounts of slaves being used for logging and or cotton production across approximately 12 plantations that averaged about one hundred acres each. By 1802, the population of Grand Cayman stood at 933 persons, 545 of which were slaves. According to the National Museum, by the time that slavery was abolished, there were over 950 slaves owned by 116 Caymanian families.

The National Archives reports on one of its earliest Oral History interviews which took place in 1987. Ninety-seven-year-old Mary Antoinette (Ms Nettie) Levy of Bodden Town spoke at length about what she had been told about the days of slavery in Bodden Town.

Her knowledge was based on accounts told to her (in her words) by her “grandfather Louden James Hunter, Louden Wood that was along with Colonel Peck Solomon [Captain Anthony Pack of the 84th British West India Regiment] freeing the slaves. My grandfather used to give it to us as a lecture every night telling us what they had done, and that’s where I got the memory of that.”

According to her, “Pedro Castle was where the slaves used to land and they go there and buy what they want.  The other masters would buy some of the slaves because there wasn’t no (i.e. not many) white people then to use slaves. The old man, Governor Eden, use to have them by the hundreds, but (if) he didn’t have work for ‘em he use to sell ‘em out to different people. When he come from…he used to trade in Africa.” She went on to explain that this happened in her grandfather’s days, and “…they bought slaves by the fifty and bring ‘em and sell ‘em …to the few white people that were here.”

In a 1992 Oral History Interview, 81-year-old Eula Tatum of North Side, recalled that in North Side, Emancipation Day was a regular fixture on the calendar of national holidays in her youth. “And Emancipation Day was kept, August the 1st, and the slaves were set free. Of course we were not slaves, but anyhow we enjoyed with those that had been set free….”

One of the earliest records in the National Archive referencing Emancipation Day appeared in the September issue of The Caymaniannewspaper of 1909 under the heading of “Last Month’s Happenings”. This detailed account describes how Emancipation Day was celebrated that year.

August was quite an eventful month in Cayman and the pessimists who mournfully pronounce Cayman to be the dullest spot on the earth must for once have found their occupation gone.  On the 2nd we had a Public Holiday-Emancipation Day, and the day was variously spent by those released from toil.  To celebrate the anniversary of the great Event which removed a deep stain from Britain’s rule early in the reign of the revered Victoria, Mr. Goring had arranged a Programme, the rendering of which practically occupied the whole day.  As befitting the celebration of such an event the items partook largely of a religious nature, interspersed with addresses from Messers Bird, Bernard and Goring and Resolutions of loyalty to the king and remembrance of services rendered to the cause of emancipation by Clarkson, Wilberforce and The Duke of Wellington. Luncheon was served at 2pm.  The children had a meeting in the afternoon and in the evening a Public meeting was held, at which a pleasing Programme was submitted to a large audience.  Altogether the Celebration was a great success.  On the same evening the Dramatic Society provided an excellent entertainment in the New Hall at Victoria Park.

The National Archives has invited interested persons to its Reading Room by appointment to view sources such as:  “Caymanian Slave Society and Emancipation”; Founded Upon The Seas: A History of the Cayman  Islands and Their People by Michael Craton, 2003; The Lawless Caymanas: A Story of Slavery, Freedom and the West India Regiment by Brian Kieran, 1992; “Slavery be dead…we be free!”: An Account of Slavery and Emancipation in the Cayman Islands by Roy Murray, 1995; and copies from The National Archives (UK) and local records on slavery and emancipation in Cayman dating from the late 1700s to the mid-1800s.

While many of these publications and local historians have their theories about why the celebration of Emancipation Day was abandoned, there have been no conclusive reasons advanced.

We await the findings of the National Archives.