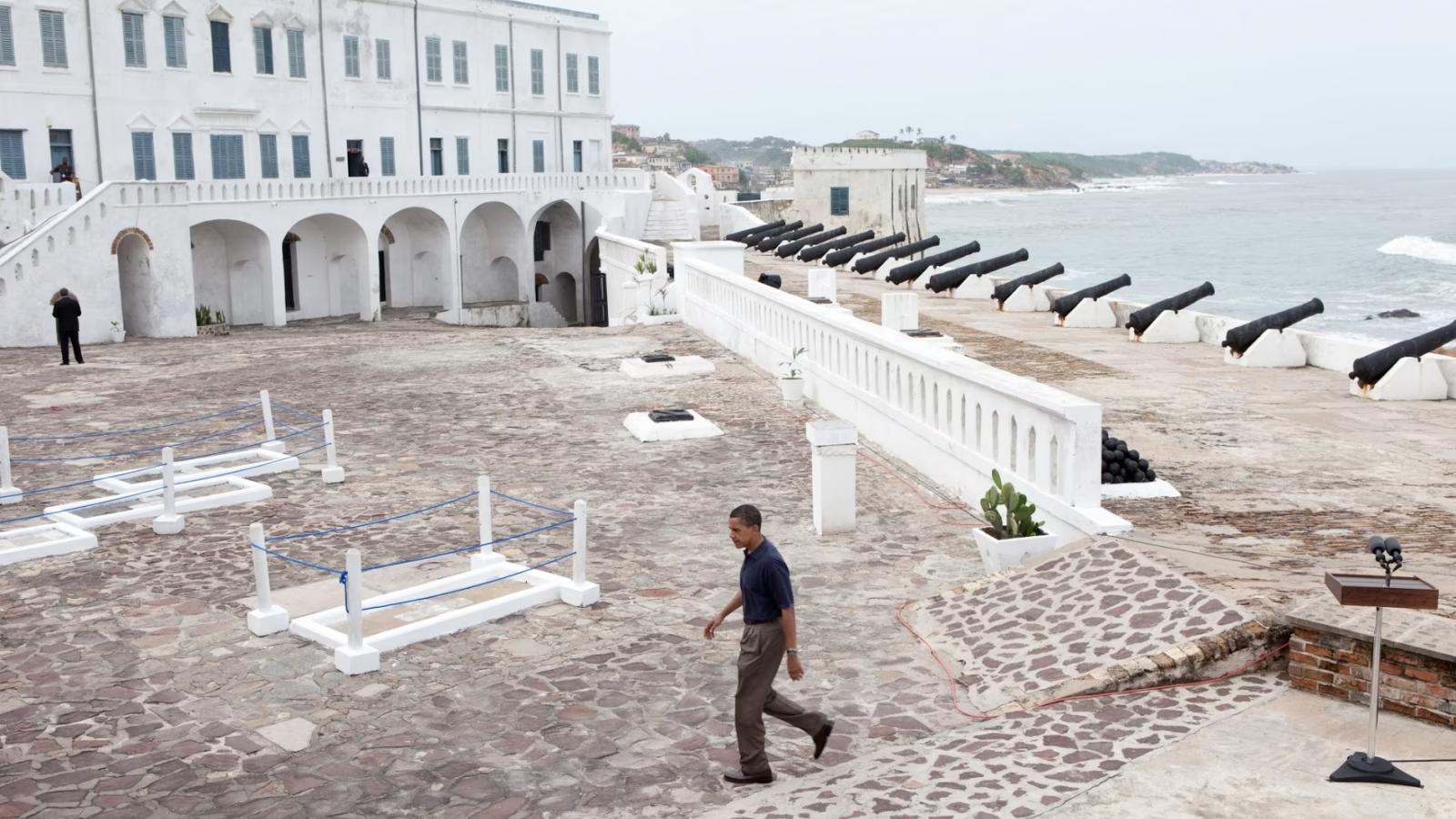 “The slave trade is the ruling principle of my people. It is the source and the glory of their wealth…the mother lulls the child to sleep with notes of triumph over an enemy reduced to slavery…”

Dahomey therefore could not be left off the list of African nations involved in the slave trade. 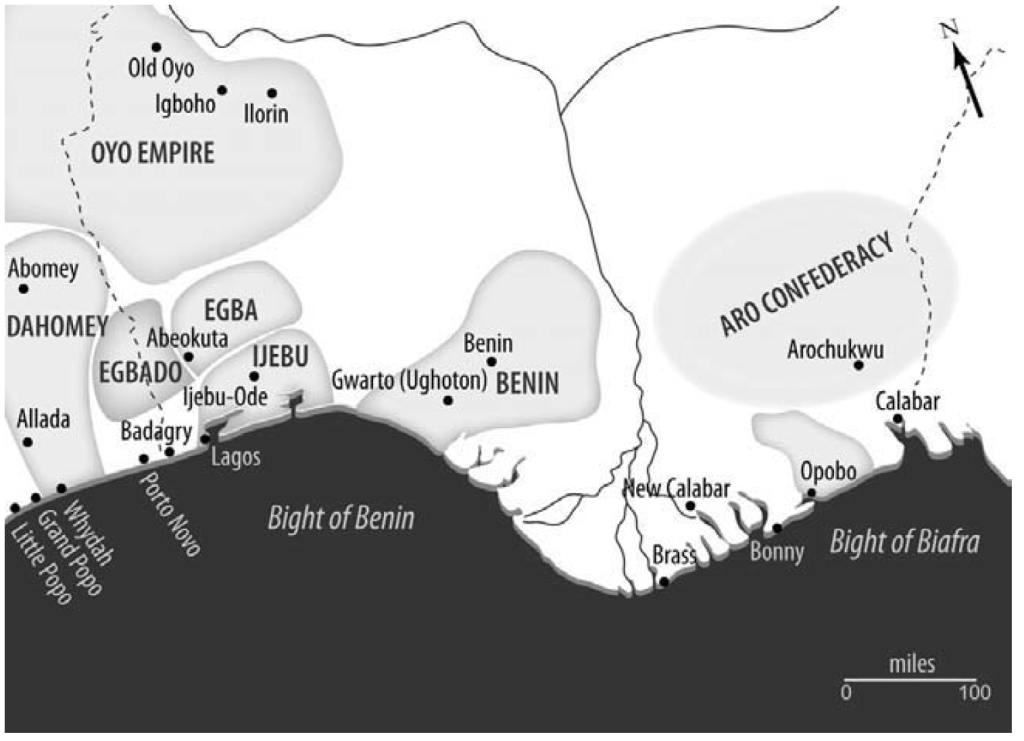 The Alawite Dynasty was a Kingdom in Morocco which took part in the Trans-Saharan slave trade. The main slave markets for supplying slaves were in Morocco in Tangiers, Marrakesh and Fez where slaves were sold on the streets. During the many wars for expansion that the Alawite Dynasty fought, they captured many Africans and sold them as slaves to the Middle Eastern Empires. They also raided many African towns and were a center for the Arab slave trade. The slave trade finally ended in 1950[2].

The rules governing the slave trade in Morocco, and the rest of North Africa, was different to European laws controlling slavery because under Islamic law, slave women who gave birth to any children of their masters had to be freed along with their children. Such concubines received the title of the “mother of a child”. Their children were eligible to inherit property from their fathers and to be treated like free children. For instance, a son from a privileged family became entitled to receive education in the same way the son of a free wife had to be educated. This resulted in some Sultans, judges, and prominent government officials having slave ancestry. Slaves in North America however became trapped into perpetual slavery. A son of a free man born to a slave woman remained a slave in North America.

Another difference is that while Morocco sourced slaves from Sub-Sahara Africa by raids and trading, it also sourced slaves from Europe, through the activities of Barbary Corsairs who were willing to capture and enslave Frenchmen, Dutchmen, Greeks, Portuguese, Italians, the Irish, Scandinavians, Russians, Georgians and any other nationalities sailing in inadequately armed sea-faring vessels. The largest group of Europeans enslaved by the Moroccans were the Spanish.

This puts Morocco firmly on the list of African nations involved in the slave trade.

3. Ottoman Algeria
The Regency of Algiers was a state in Algeria that lasted from 1518 to 1830, and it was part of the Ottoman Empire. They were huge players in the slave trade, enslaving both Africans and Europeans that they raided along with the Barbary pirates[3]. They had huge slave markets with thousands of slaves sold through the trans-Saharan slave route. Their slaves were acquired through trade, through raiding and through expansion wars. The slave trade lasted till 1830 when war with the French led to the end of Ottoman rule of Algeria.

4. Egypt
Egypt was a major player in the Trans-Saharan and then the Atlantic slave trade. It started in 641 AD with the Muslim Conquest of Egypt by the Rashidun caliphate. With that, the trade route from Egypt to Mecca and the Middle East was established. The trans-Saharan slave trade thus began in Egypt[4]. Later on, Egypt became part of the Ottoman Empire in the 1500’s. It is estimated that millions of slaves were taken from Egypt to Asia. It ended in the 1900’s after immense pressure by the British after Egypt defaulted on its debts. With one of the longest histories of involvement in the slave trade, Egypt had to be on the list of African nations involved in the slave trade.

5. Kanem Bornu
The Kanem Bornu Empire was based in parts of current day Cameroon, Chad and Nigeria. It lasted from 700 to 1900 AD. The principal trade commodity of the Empire around 900 AD was in slaves, with around 5,000 slaves traded annually by the end of the 15th century. Initially, the slaves were sold in the trans-Saharan slave trade, but eventually they took part in the transatlantic slave trade as well, with around two million slaves having walked through the slave route in their Empire[5]. They raided non-Muslim neighbouring kingdoms for slaves to boost their economy in times of need. Eventually, Kanem Bornu was invaded and thus the slave trade ended.

7. Aro Confederacy
The Aro Confederacy was a political union located in present-day South-Eastern Nigeria. The Igbo who were part of the Aro Confederacy were one of the leading exporters of slaves to Europe and the Americas from 1690 to 1902[7]. Estimates indicate that 850,000 slaves were exported overseas. The Aro confederacy was therefore a major player among African nations involved in the slave trade. Once the Aro gained the upper hand in the slave trade, they launched many raids and wars to capture more slaves. The Aro confederacy united around the Chukwu – Great Spirit – oracle of Aro and these shared beliefs made their region a unified trade network.

8. Ashanti Empire
The Ashanti Empire was an Empire based in current day Ghana. They were formed in 1700 and took part in the slave trade until the 19th century [8]. The economy of the Ashanti Empire was based on the trade of gold and slaves, while their army mainly served as a tool to capture more and more Africans and force them into slavery. Captives in war were taken as slaves to be either treated as slaves in the Empire or be exported across the Atlantic Ocean to the Americas.

9. Songhai Empire
The Songhai Empire was one of the largest states in African history and was located in Western Africa. The slave trade was a huge part of the Songhai Empire [9]. Slaves were used extensively within the Empire itself to transport goods, while literate slaves stood a chance of becoming government officials, but many were also exported in the transatlantic slave trade via European slavers. The slaves were often procured in raids and in wars with neighbouring nations, especially from the neighbouring Kru and Baga nations.

10. Mali Empire
The Mali Empire was based in current day Mali from 1235 to 1670 AD. They were hugely involved in trade but also the trade of slaves through the trans-Saharan trade route. Slave labour was common and so was the export of slaves. Thousands were enslaved in raids and wars waged by the Mali Empire over the years[10]. Slavery was finally abolished by the French after Mali was colonized, though some descent-based slavery still happens in Northern Mali.

The slave trade was a horrific event that exploited the people of Africa for personal and material gains. It is sad that many African states took part in this unfortunate and tragic exploitation of people for material gains. The stain of slavery set Africa back decades and had a huge impact on the African people.